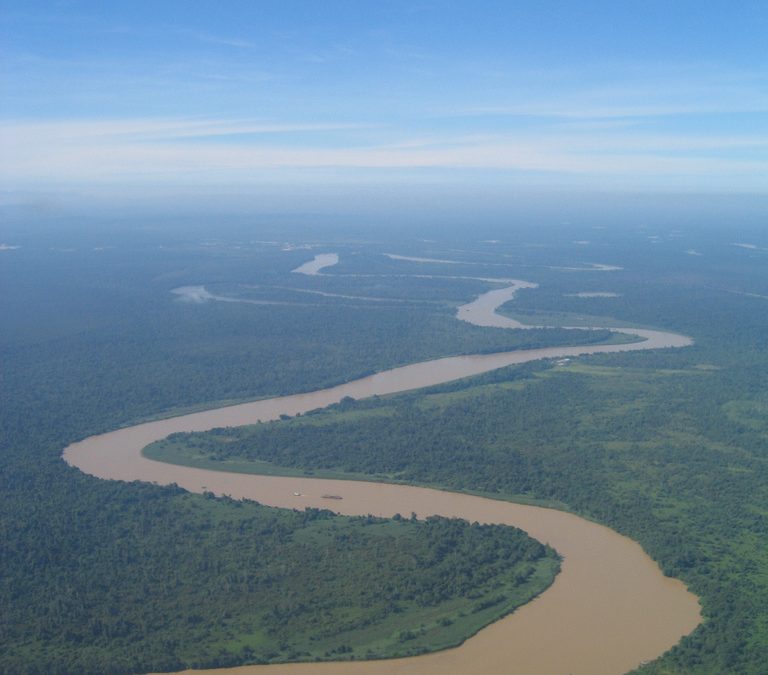 A Long Journey Having The Whole Bible

Written by a friend of the Kenyah

Imagine that the Bible in your own language has only the New Testament, but that it is in the dialect of another village. Imagine sitting in church and the pastor is preaching from Psalms. He opens the Bible and reads from it and it is Indonesian, and then he translates it for you into your language. He stumbles over some of the verses, hesitates over a few of the words. But he gets the message across. The Kenyah Badeng people in Sarawak do not have to imagine such a scenario. It is their reality. But you may say, no problem, the people understand BM or Indonesian and some are fluent in English – they can read the Bible in those languages. But let me take you to a Kenyah village, let’s attend church, and then sit and have fellowship after service, join the women in the kitchen as they cook or chat with the men about farming, hear moms telling their kids to go fetch this or that – and you will find that everyone is speaking in Kenyah.

The Kenyah New Testament is out of print, it is very hard to buy a copy.

A bit of History

The Kenyah New Testament was translated by Pendita Tagang in the 1970s. Pendita Tagang was the local name of Ray Cunningham, an Australian missionary.

In the 90s, several Kenyah pastors decided to translate the Old Testament. A committee was set up and the books of the Old Testament were assigned to the pastors. They were given paper, pencils and candles since most of them were pastoring in churches in the interiors of Sarawak where there wasn’t any electricity. The pastors went back to their own villages, and the committee did not receive back the papers. Some may have done the translation but did not have the opportunity to go back to town, some may have lost the translation to the weather, or the jungle. Some who were tasked with the more challenging books did not know where to start or how to translate.

One of the pastors who was given a book to translate and realized that he did not know how to do the translation was Ps Uchat. Several years later, he was asked to be the translator for the Old Testament. Ps Uchat then spent more than a decade as the sole translator. Later on Ps Egau joined him on the team. However the project stopped in 2019. Then, Ps Uchat became a Wycliffe Malaysia member and Gereja BEM Taman Tunku Bahasa Kenyah in Miri began a partnership with Wycliffe Malaysia to restart the project to complete the rest of the 21 books.

Gereja BEM Taman Tunku Bahasa Kenyah actually was started by the translation work. It started as a few Kenyah worshipping together in the translation office on Sunday mornings, and grew to be a church with its own building. The church pays for the rent of the office, the utilities and internet, and now manages the project.

The team officially started work again on 1 July 2021. At that time, Ps Uchat was working from home and Timothy (Wycliffe Malaysia) could not go over to Sarawak to work with him. They spent 2 to 3 hours on the phone everyday as they worked on the book of Isaiah, discussing key terms, key concepts, exegesis of the verses and even formatting. They worked verse by verse until all 66 chapters or 1292 verses were checked. Our prayers were answered when half way of working on Isaiah, Cikgu Neilson joined the team. Then in September, the translation of the book of Isaiah was checked by an Indonesian consultant via Zoom.

After that first check, the team worked with another consultant, Nell, and got 2 Chronicles checked. This was also done on Zoom. Next year onwards, the team plans to have at least 4 checks with consultants a year.

Before the pandemic, when the team had consultant checks, they travelled to villages in the interior. These checking sessions were also opportunity for the team to share with the churches the progress of the translation, and also for people to give input and feedback to the translation. As Kenyah villages are spread out in the Ulu Baram area, connected mostly by rivers and logging roads, communication is not the easiest. It has not been easy for the translated Scripture to be shared to all the villages.

However, when the team went into the villages, then the people there will take turns to help in checking the translation, which meant they would be reading portions of the Old Testament in Kenyah. The team often heard comments such as:

”Oh, I never realized that is the meaning of the story.“
“I have never read so much of the Bible in my life.”
”This is like a Bible study. I am learning so much about God.“
“When will you come again? Please put us in your calendar.”

The team members were often asked to preach at church services. One time, one of the team members preached from I Kings which was the book being checked. One of the men who were helping the team check the translation came up to him and said, “I didn’t realize that God expects leaders to be honest. Now that I’ve read 1 Kings, I understand what a leader should do, how a leader should behave.”

At the most recent check, one of the pastors, said, “I’ve read that passage (Isaiah 10:15) so many times in the BM Bible and also the Indonesian Bible, but now that I read it in Kenyah, I really understand it. It is so clear.”

Sometimes, the strangest conversations can come up during checking sessions. Once, while checking 2 Kings, the word ‘eunuch’ was discussed. When the word that was used was not known to the checkers, the consultant explained the word. All those present, including the pastor, were horrified at the idea that a person could be castrated. The pastor exclaimed, “You only do that to animals! Not people!” And after that, at every meal, the conversation would turn to castration and eunuchs. But more importantly, the team found a way to translate eunuch.

It is interesting how the checkers who came to help, often came only because it is their turn to do so. The pastor usually prepares a duty roster for the check. But after a session or two, they would come again even when they are not in the roster. When asked why, one lady answered, “I’ve never really understood the Bible before. I didn’t see the connection of the people in the Old Testament with my life. But when I read it in Kenyah, it is easy to understand and I realize that those people are like me too. I understand more about God and how and why he does things.”

Another man in a neighboring village said this, “Reading the Old Testament can be boring and difficult, but when we read together like this in Kenyah, it is interesting and we can learn so much.”

Often as the checking sessions came to the end, the most often asked question would be, “When will you finish translating? When can we get the whole Bible?”

After this year, the team has 19 more books to complete. All are drafted but they need to be checked for

There are several layers of checks and all these checking sessions need people. We need to have a bigger team of translators for more eyes and ears for all those layers of checks to be done properly.

Finding consultants who speak Bahasa (Malaysia or Indonesia) and who have worked on Old Testament books has been a challenge. To add to the challenge, the books that need to be checked are mostly poetry or prophetic books. We praise God for providing consultants like Pendeta Joseph, Ibu Yunita, Pak Bob, Ibu Daphne, and Nell for this year and next year. (Consultant check is the last of a series of checks done on each translation before it can be approved to be published. The consultant will give the approval.)

The team are working hard towards reaching the goal of translating all the books by the target date of June 20, 2026. Pray for God to raise workers for the work. Pray for the church as they raise funds for the onsite work, while Wycliffe raises funds for equipment, travels etc. Pray that the team will work well and produce a good translation. Pray that the Kenyah people will have His Word available to them and that they will grow in His Word and in their walk with Him.

BOOK OF FIRE: William Tyndale, Thomas More and the Bloody Birth of the English Bible

An Introduction to Orality & Bible Storytelling

An Encounter that led to Faith in Christ

The Challenge of translating the Bible into another language

Nothing Short of A Miracle

STAY CONNECTED WITH OUR WORK

One or more fields have an error. Please check and try again.

Write us a message