BY   THE PENANG HOKKIEN TEAM 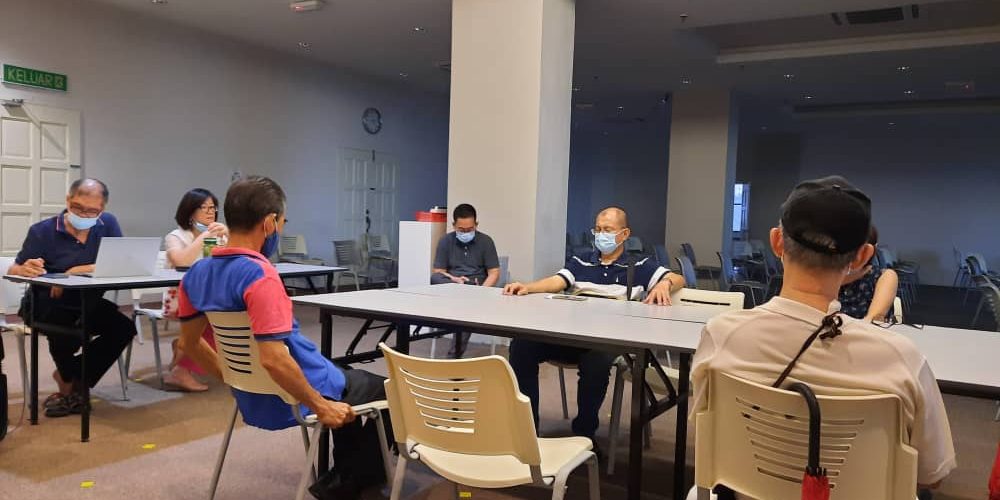 God brought together four organizations: Youth with A Mission (YWAM), Hokkien Harvest, Faith Comes by Hearing (FCBH) and Wycliffe Malaysia. He also brought together a Hakka whose heart language is Terengganu Hokkien, a Nyonya Hokkien who grew up speaking more Hainanese than Hokkien, and a group of Penangites whom He had prepared beforehand without them even realizing it.  He has brought together pastors and Christians from different churches.  There is a saying that it takes a village to bring up a child; and we see God bringing together ‘a village’ to do this translation, He brought all of us to be His hands, feet, eyes, ears, and mouth in the Penang Hokkien Oral Bible translation project.

Usually when people hear that Bible translation work is being done in such and such a language, one of the most common response is: Isn’t there already a Bible in the national language or English or Mandarin? With Penang Hokkien Oral Bible project, when a Penangite hears it, the first response often is ‘I can share it with my grandmother!’ Or aunty or mom or neighbour. Penangites know that while there are Hokkien Bibles already available, those Bibles are not understood by most people because they are in Hokkien sub dialects that are different enough from Penang Hokkien.

After considering many factors, they decided on doing an Oral Bible Translation (OBT), because having the Scriptures in oral form means that it does not matter if a person is literate or not, is Chinese educated or English/Malay educated, or has poor eyesight. The translated passages will be ‘published’ and sent out to be used as soon as they are approved, instead of having to wait for the whole book or Gospel or epistle to be done. 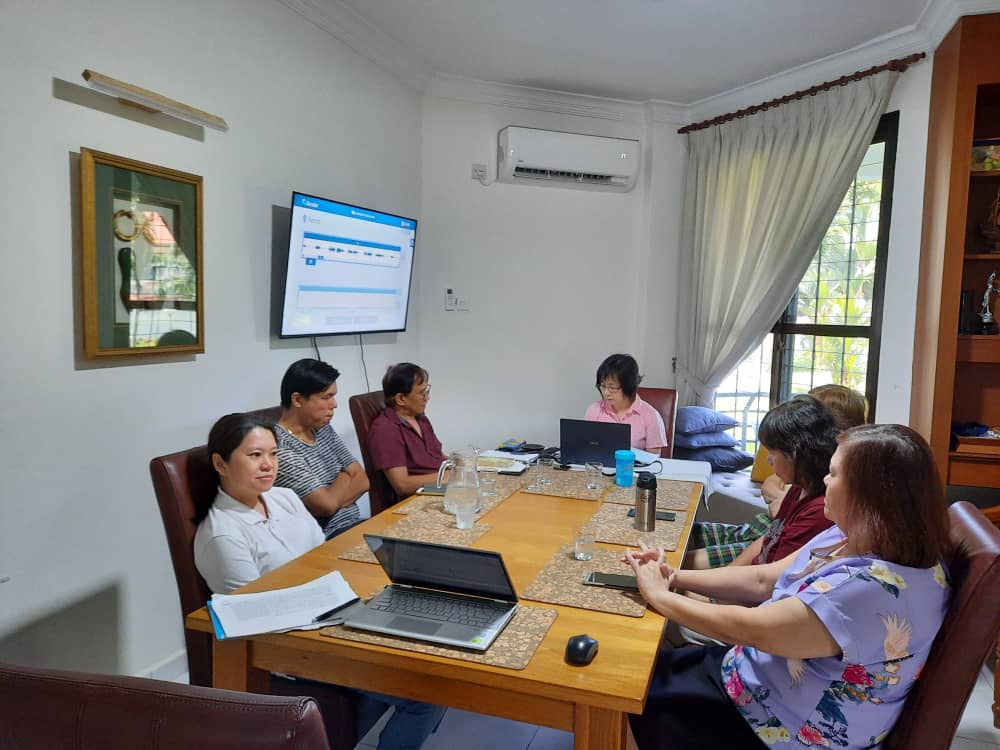 The larger team includes pastors from different churches who review the translation. Pastor Peter Lee who leads Hokkien Harvest is also one of the reviewers. They advise us on exegesis and acceptability of the translation. We also have a group of native speakers who are checkers during community checks and another group who are checkers during the consultant check, and they help in checking the clarity, naturalness of language and acceptability.

When there is no Covid restriction, the translation team carries out community checks in churches and often find that the checkers enjoy these ‘Bible study’ sessions and look forward to these checks.  The pastor of one of these churches, Ps Tham, was the one who suggested to the team to publish the translated passages in video form as he knew that his Hokkien congregation, made up of older people, prefer video to audio.  Joanna worked on this finding people, resources and funding for the videos.  The videos are also uploaded on to YouTube. This has turned out to be so useful when older folks are not allowed to congregate.  Pastors send the videos or the links to the videos through WhatsApp which enables their older church members to listen to Scripture in Penang Hokkien. 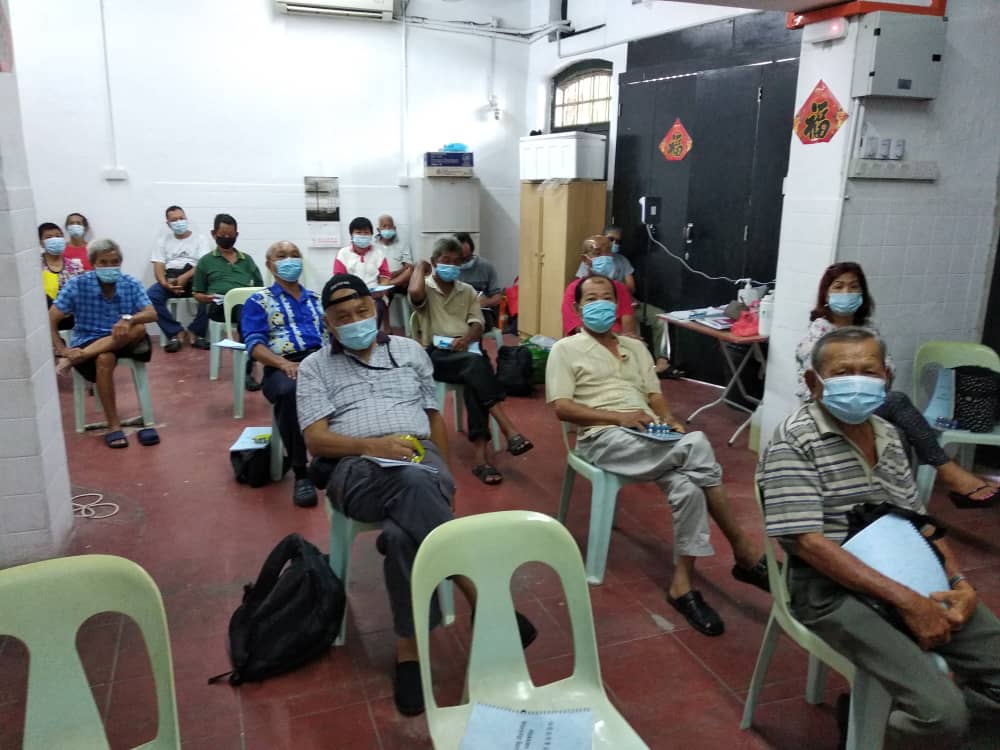 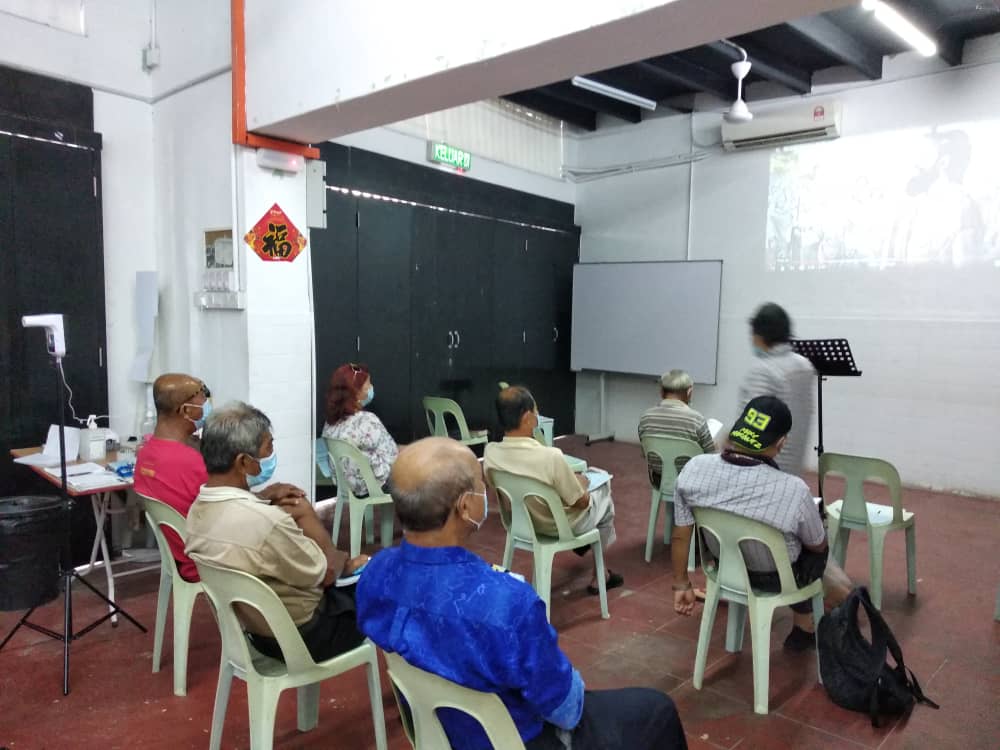 For Good Friday and Easter, a special video “Footsteps to the Cross” was produced using one voice to tell Mark 14:12 – Mark 15:47.

People tell us that the translation is clear, easy to understand, and direct.  This we hear not only from the checkers but also the pastors.  One might ask why it is easy to understand.  Mostly because it is in the mother tongue of the listeners, but also because the translation uses everyday language.  We work at unpacking key concepts and making explicit information that is implicit, and giving background information when without it the listeners would not understand the who, what or why. As it is an oral translation, the Penang Hokkien team uses dynamic- equivalence translation approach which focuses on meaning and not the form and structure of the original language nor the languages and versions of Bibles we use as resources.

During the first MCO, Joy and Adrian had their friends, a husband and wife couple, to help check the translation of Mark 6:30-44.  The husband was not a believer.  After they had finished checking, Joy felt led to ask the husband if he would like to accept Jesus as his Saviour, and the man said he would.  He told Joy and Adrian that when he heard the verse ‘When Jesus landed and saw a large crowd, he had compassion on them, because they were like sheep without a shepherd’, he felt that he was like the sheep and he was touched by Jesus’ compassion.  Joy then led him in prayer. 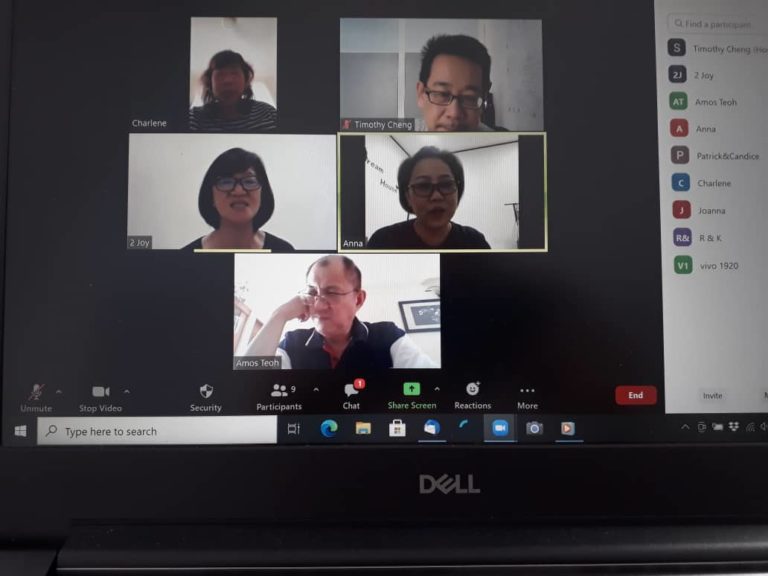 How has being involved in OBT impacted us?

For the word of God is alive and active. Sharper than any double-edged sword, it penetrates even to dividing soul and spirit, joints and marrow; it judges the thoughts and attitudes of the heart. Hebrews 4:12

For me working on Penang Hokkien OBT is a continuous process of “meditating” on the Word of God and it has really brought about a lot of self-reflection, renewing of my mind and refreshing of my soul. The Word of God is like a mirror, revealing one’s true self. As it penetrates deeper into my spirit, I begin to see more of the self in me. And with much conviction and repentance, I learnt what it means to be more gracious, patient and forgiving.

OBT helps me to broach Bible subject to unchurched family members, friends and mutual acquaintances in checking their understanding of Hokkien expressions. Many have requested for Bible lessons for their elderly parents in their heart language using the translation.

This project has been God’s reminder to me, to learn to put Him first above all else. It has since challenged me to spend more time and effort in studying God’s Word and Truth.

I see God’s Grace in how He has prepared me to serve in Penang Hokkien OBT. In the past, ministry has always been away from “home” to other language groups. Now there is opportunity to serve in my own hometown using my heart language. It has allowed me to dig deep in my own culture, language and relationship. I am able to engage other Hokkien speakers to participate as checkers and explore Bible truths together. What a joy to journey with them to discover God’s treasures.

I have enjoyed the journey of learning to serve alongside the team. OBT has taught me to observe and to listen carefully to the Scripture as well as to the people around me. I appreciate the openness of the community checkers in giving their critiques and sharing their first impressions when they hear the translation. Together with the translators and the community, I dig deeper into His Word with joy and excitement.

When we were young believers in church, we were taught to read the Bible and pray every day. So, reading the Bible becomes a thing we have to do daily and dutifully. It is like an obligation we have to fulfil but there is so much more to it than just reading the Bible for the sake of reading.
When I got involved in Penang Hokkien OBT, I started digging deeper into the scriptures, and I discovered precious treasures in His Word. Those things I thought I knew before, I now discovered that I actually knew only a very small fraction of it.

Seeing older people looking forward to checking sessions, as they listen to the Word, giving opinions on the language and end up thinking hard about what it says, and hearing them speak truth from what they have learnt because they understand it so clearly: We get to experience the fruit of Bible translation.