The beginning of Oral Bible Storying 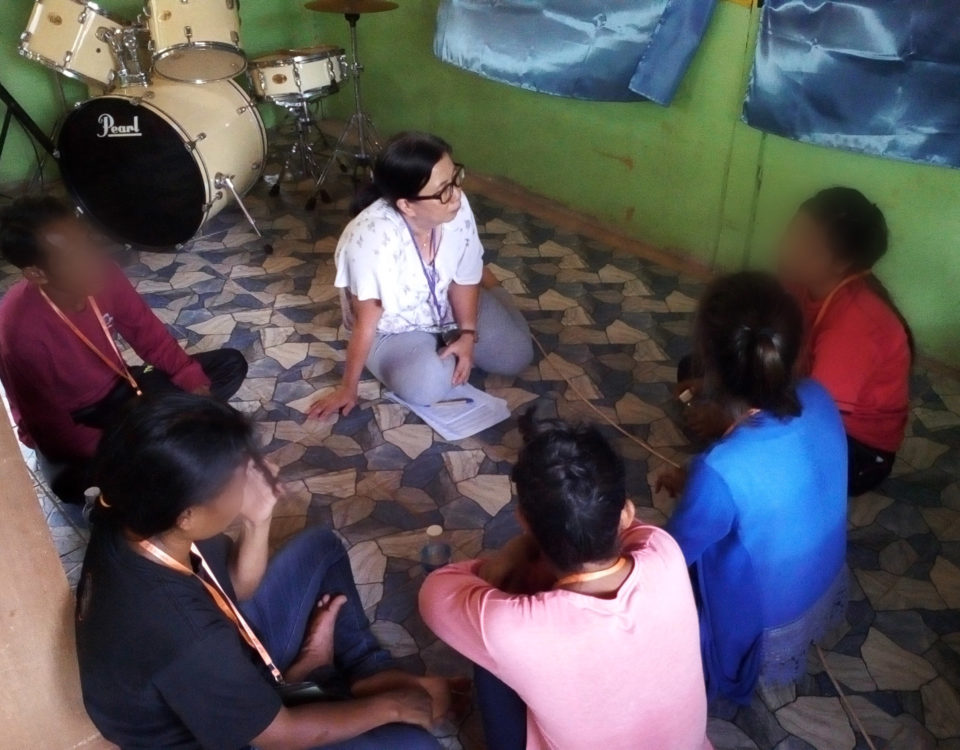 I remember a quote that says, ‘Change begins at the end of your comfort zone’. For many years, Wycliffe Malaysia recruited and sent missionaries out to different parts of the world to do Bible translation and ministries associated with it. However, in recent years, the need of doing Bible translation work in our own Malaysian soil prompted Wycliffe Malaysia’s leaders to step out in faith to do more than sending out missionaries. Taking the challenge of embarking translation project in our own country took a lot of courage, change and getting out of our comfort zone. That was how the project ‘Sunrise Cluster’ began. We coined the idea of ‘Sunrise’ as it was a new beginning for Wycliffe Malaysia to embark on doing our very own project. Sunrise Cluster consisted of three language groups. The purpose was to train Mother-Tongue Speakers to craft Bible Stories in their own language and then to share the stories in their own community. Another purpose was to collect these stories for audio and video purposes.

The team was ready. The only thing was to find Mother Tongue Speakers to be translators of this program. It took more time than we expected. We got mixed responses. Some felt that to have their people coming for a week every two months for two years was difficult. Some were not sure whether giving time for this was beneficial. After all, they have been hearing and reading the Scriptures in the national language. Some were more open to try. One pastor, Ps. Nora* works and ministers with her people in her village after her Bible School training. When she heard about the Sunrise Oral Bible storying (OBS) her response was, ‘I was touched that we are finally going to have the Word in my own language even though they are just Bible stories. I preach in the national language but many times, I have to explain to my congregation in my own language’. Ps Nora* sent two girls and a widow to our program.

What do the participants says?

We officially started our workshops on 3rd March 2019. We thanked a church who provided the venue and their pastors to help us out during the workshops. Initially, we had participants from three language groups but eventually, one group dropped out. We all had to learn to adjust ourselves with one another, to sleep and eat together and to the new environment. Most of all, we learned so much about our relationship with God from the Bible stories. Here are some comments from those attending the workshops:

I learned a lot about my faith with God and Jesus Christ. I enjoyed getting to know others from other language groups.  Not used to sitting down in a room for the whole day but it was fun and interesting to practice telling Bible stories in my own language.

One day, my daughter got sick and my family wanted me to take her to see the witchdoctor. I remembered the story I learned about Jesus healing the sick and I prayed for God to heal my daughter. The next day, my daughter was healed and I felt so encouraged.

We are continuing on….

The Covid 19 pandemic came and we had to cancel many of our workshops. For the Terbit* people group we were able to continue reviewing their stories online but not for the Jaya* people group. Living in the villages makes it difficult for us to do our workshop online. God willing, when we are able to go to them again, we will resume the workshops. At the meantime, we are working on getting the stories reviewed, and make them into short videos. We hope this will enable the respective communities to listen and use the Bible stories. As for the participants, this is what Ps Nora* said about the girls she sent. ‘The girls who attended the Oral Bible Storying workshops have more confidence now, standing in front of the congregation and sharing the Bible stories and discussing with them. I give each one of them responsibility to share the stories they have created once a month.’ Sally said, ‘Now, when I do my ministry (visiting homes) I share a bible story and discuss in my own language. We then, read the Scriptures. I see that my people understand it better.’

All of us had to step out of our comfort zone to be involved in this project, and changes have happened in our lives. For the Mother-Tongue translators, the use of their own language for Scriptures is indeed possible and they are slowly embracing it. We have learnt to improve the program and we hope to partner with more local churches to see more lives transformed using the Scriptures in different languages.